Brewers' spent grain (BSG), the insoluble residue that is separated from the mash before fermentation, is the most abundant beer brewing by-product. Average annual global production is estimated to be ~39 million tons, of which 3.4 million tons produced in the European Union. BSG is mainly constituted by fibers (more than 50% w/w) and protein (up to 30% w/w), which make this material very attractive for subsequent use in food industry. In spite of its potential, at present, the majority of BSG is used as low value animal feed or it is discarded. One of the reasons for the poor exploitation of BSG is its poor technological performance as food ingredient.

Currently, no recycling solution exists on a large scale and sustainable approach for BSG valorization should be implemented. Bioprocessing has shown great potential for the enhancement of many food by-products. Tailored bioprocessing with selected microbial strains (e.g. lactic acid bacteria) in combination with hydrolytic enzymes, will enable the production of functional compounds in BSG, improving its overall quality and usability as food ingredient. During bioprocessing, BSG is transformed, resulting in improved structure, as well as enhanced bioactivity and bioavailability of BSG constituents.

FUNBREW integrates both fundamental and applied research in order to fully exploit the potential of breweries side streams and to enable the development of sustainable food systems.

The aim of FUNBREW is to establish bioprocessing technologies for the synthesis in situation of functional compounds in BSG, such as exopolysaccharides (EPS) and antioxidants. The project goal is to obtain fundamental understanding on the biochemical and structural modifications occurring during BSG biotransformation to establish its use as food ingredient. The know-how gained will allow to recycle BSG as ingredient for cereal-based food with high nutritional and technological performance, improving food quality while at the same time contributing to waste reduction. 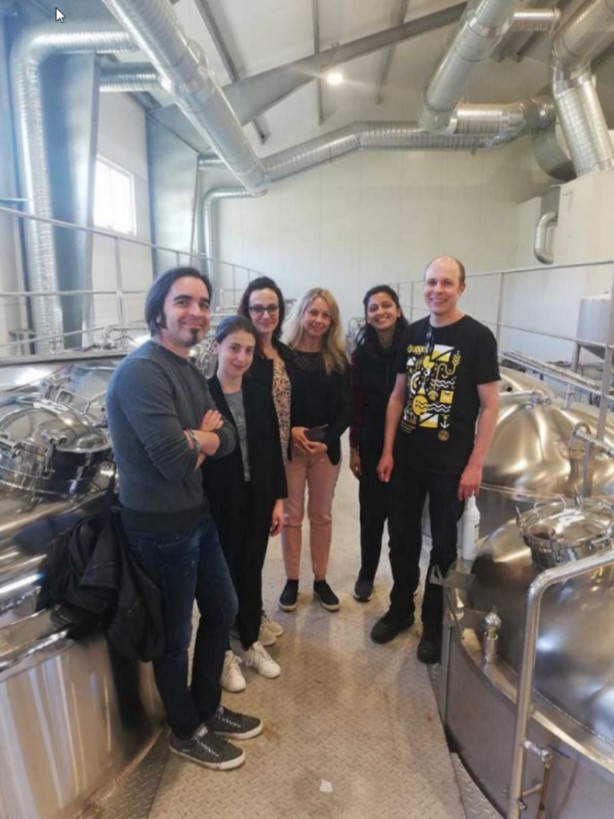